So you’ve arrived at The Hive! We’re sure you’ve had a look around. You probably noticed all those bees flying around. (Watch your head!) At TQUK, we love the bee. We love the bee so much that we made it the symbol of our new end-point assessment service. 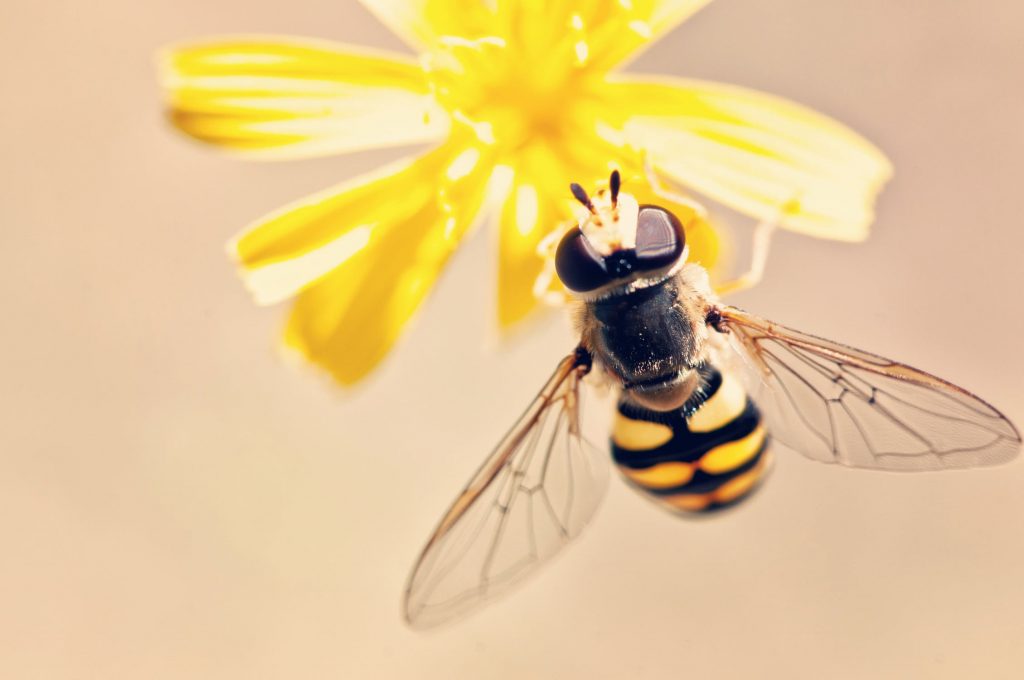 Bees aren’t just amazing creatures in and of themselves. They also do so much for mankind. They pollinate our most vital crops and produce resources we love. (Honey and wax, anyone?) We’re pretty sure these insects are the bee’s knees!

But we have to clear up a couple of things first – namely, which bees we’re talking about. There are many different types of bees, all with their own characteristics. Some bees pollinate, others don’t. Some bees sting, others don’t. There are even some bees that don’t live in hives! (Whaaaaat?)

The bee emblazoned on near every page of our new website is technically known as the Western honey bee and is the most common bee worldwide. These bees are eusocial, meaning they operate on an extremely high level of cooperation, with each individual bee expending all its energy and resources to grow the colony. A eusocial social structure is defined by cooperative care of offspring, many overlapping generations and the division of labour into reproductive and non-reproductive groups. It is one of the most efficient modes of social organisation known to man.

Honey bee colonies, at the pinnacle of their hierarchy, have a single fertile female, called the queen. Servicing the queen are the female worker bees and a small amount of males known as ‘drones’. Colonies and hives contain tens of thousands or sometimes hundreds of thousands of bees. They communicate with using a complex system of pheromones and dance language to convey information like the location of food.

Queen bees are bred in royal jelly, a special substance that encourages the preponderance of particular queen-creating hormones within the subject. Queen bees, once they emerge from their honeycomb, leave the hive to mate several times with various drones, storing up the male reproductive fluid before returning to the hive.

The queen’s main role in the hive is to reproduce. A well-mated and fed queen bee can lay 1,500 eggs a day in the spring. The queen fertilises each egg by selectively releasing the male reproductive fluid as she lays each egg. This process allows her to control the sex of the new bees.

Eggs particularly fertilised will spawn worker bees. Worker bees are exclusively female and carry out all the main tasks of the colony, such as raising future worker bees and foraging for the nectar and pollen they use to feed the young and expand the colony.

Drones are the last type of bee in a colony. Drones are exclusively male. They do not pollinate or forage for nectar. They can’t even sting. Their only clear function, other than providing warmth to the colony at certain times of the year, is to be expelled from the colony into the open world, where they mate with the queen bees that leave the colony for the same purpose. Directly after mating, the drones die off, since the mating process for the male is extremely hazardous. (Not exactly a complicated life but, hey, it’s a living.)

One interesting and underreported fact about bees is one of their secret weapons: heat. Unlike other insects, bees don’t go dormant in the winter. Rather, they superheat their colonies using specially assigned ‘heater bees’, whose body heat is far higher than the other bees, keep colonies warm in the winter.

Heat regulation is one of the things that determines which bees become which upon maturity. The difference of a single degree in the pupation stage can mean the difference between a worker bee becoming a ‘forager’ – that leaves the nest in search of nectar – or a ‘house-keeper’ that clean the nest and care for the larvae.

It’s so amazing to see how animals survive and thrive. But we didn’t make the honey bee the symbol of TQUK EPA just because we really like them (although we do).

Return for Part Two of this blog, where we‘ll outline all the ways TQUK draws inspiration from the bee.

If you want to keep up to date with the latest news from The Hive, return to our blog or follow us on Twitter.

We’ll see you around the honeycomb!